Keeping up with the tradition, the folks over at iFixit have just torn apart Apple’s HomePod in order to find out how Apple fit such big sound in such a small space, and what took them so long to do it. Unlike most other devices however, the disassembly took a lot more effort, including the use of a hacksaw, which is why the HomePod received a repairability score of just 1 out of 10. 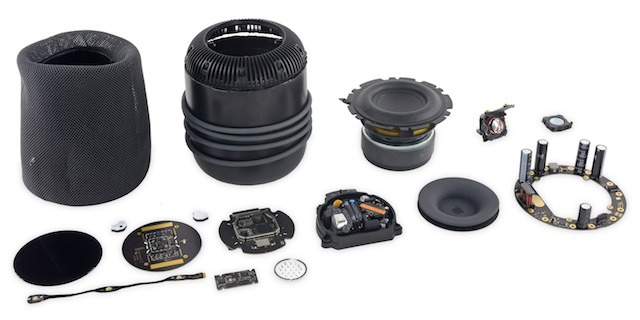 “The HomePod is built like a tank. Durability should not be an issue”, said the teardown experts. The speaker’s assembly consists of glued shut threaded connections, an acoustical mesh that needs to be cut off, and a casing that requires a hacksaw to penetrate. 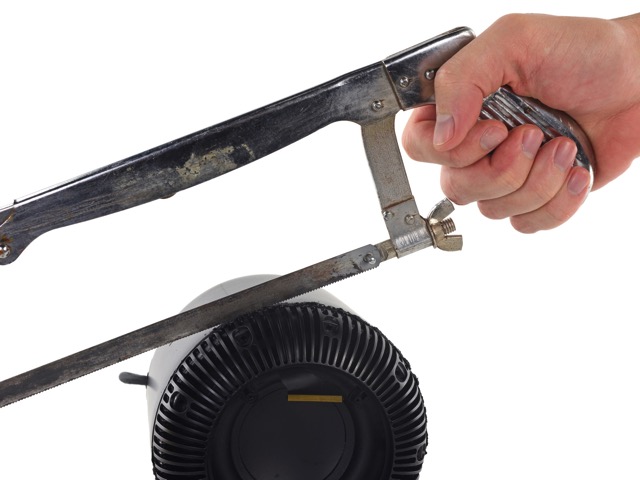 Once inside, they found a CX20810 analog to digital converter by Synaptics for the microphone array, and an A8 processor “likely” supplied with 1GB of application RAM, and paired with 16GB of flash memory. Criticizing the device for very strong adhesives securing nearly everything inside it, here’s what the experts said:

Very strong adhesives secure the touch input cover, microphone array, rubber foot, and (most annoyingly) the main point of entry on the top of the device—which otherwise looks designed to twist off without much fuss.

Even though it looks like there ought to be a nondestructive way inside, we failed to decode it. Without a repair manual, your odds of success are slim.

For detailed teardown and step by step pics, hit up the source link.