The teardown experts at iFixit, who also broadcasted their teardown of the iPhone 11 Pro live on YouTube a few days back, have just published the findings of their complete iPhone 11 lineup teardown revealing a larger L-shaped battery, an Intel modem, and a mysterious second battery connector, among other things. 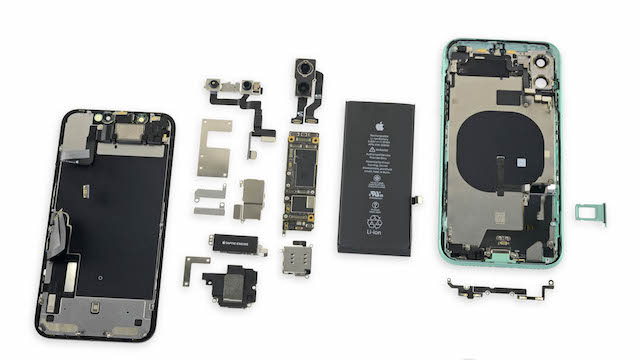 Although inconclusive, iFixit believes the second battery connector may have something to do with the iPhone 11 Pro’s battery monitoring and managing hardware as opposed to some reports claiming it was meaning to support bidirectional charging that Apple eventually decided to disable in iOS.

The teardown also confirms a 25% bigger battery in iPhone 11 Pro Max than last year’s iPhone XS Max with 3969mAh capacity that runs at 3.79V for a total of 15.04Wh of power. All phones are found to use Intel modems despite the company settling its dispute with Qualcomm earlier this year 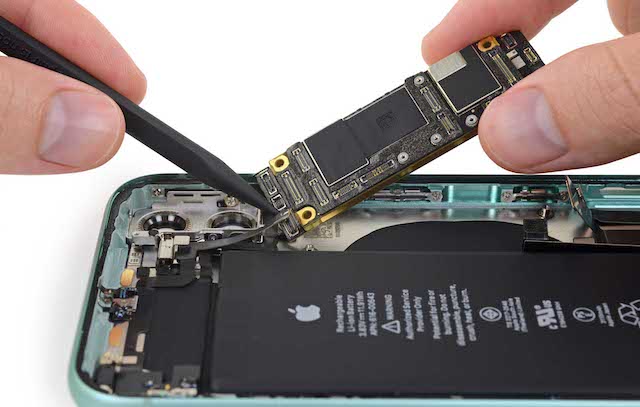 The new iPhones receive a repairability score of 6 out of 10, which is the same as last year’s iPhone XS. You can read the teardown in its entirety at the source page.