In a recent Zoom interview with CNBC News, iFixit CEO Kyle Wiens has shared his thoughts on Apple’s new repair policy, calling it a good but small step for ‘right to repair.’ 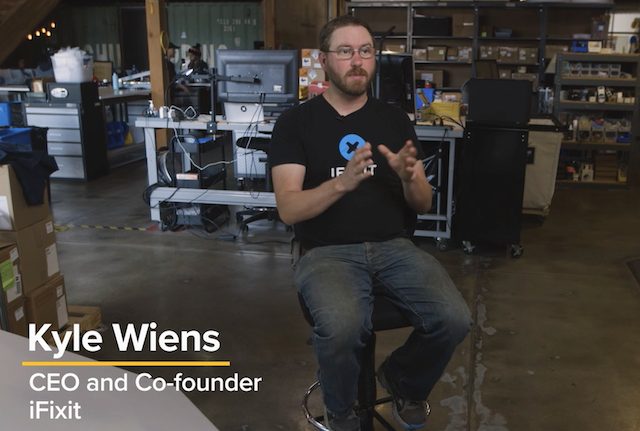 While the push from the previously reluctant Apple has been seen as a major shift on the right to repair landscape by many, Wiens believes it is merely “a drop in the bucket.”

“Apple is always trying to do things to stop you from fixing your own stuff,” Wiens said during the interview. “They don’t share repair information, they refuse to sell parts, and they even use special screwdrivers on the outside of your phone,” he added.

Wiens also highlighted how getting something like a battery repair kit from iFixit comes complete with a screwdriver and everything you need to do it yourself.

At present, 27 states are working on right-to-repair legislation, and President Biden has signed an executive order encouraging the Federal Trade Commission to use its authority to address “unfair anti-competitive restrictions on third-party repair or self-repair of items.”

You can catch the entire interview at the CNBC website here.

Twitter Blue has once again been working on bringing its edit button to the fold. In a new tweet, the premium subscription of the social media platform shows off how the edit function will work both in terms of the user tweeting as well as the general audience seeing the changes. Earlier in September, Twitter...
Steve Vegvari
43 mins ago