The repair manual is broken up into 10 sections:

As usual, you can expect extremely high resolution photos and detailed notes about the various components. The manuals show how to replace all the major components that may break or fail in the iPhone 4. Hopefully you never have to use the guides, but if you opportunity arises, iFixIt has them. 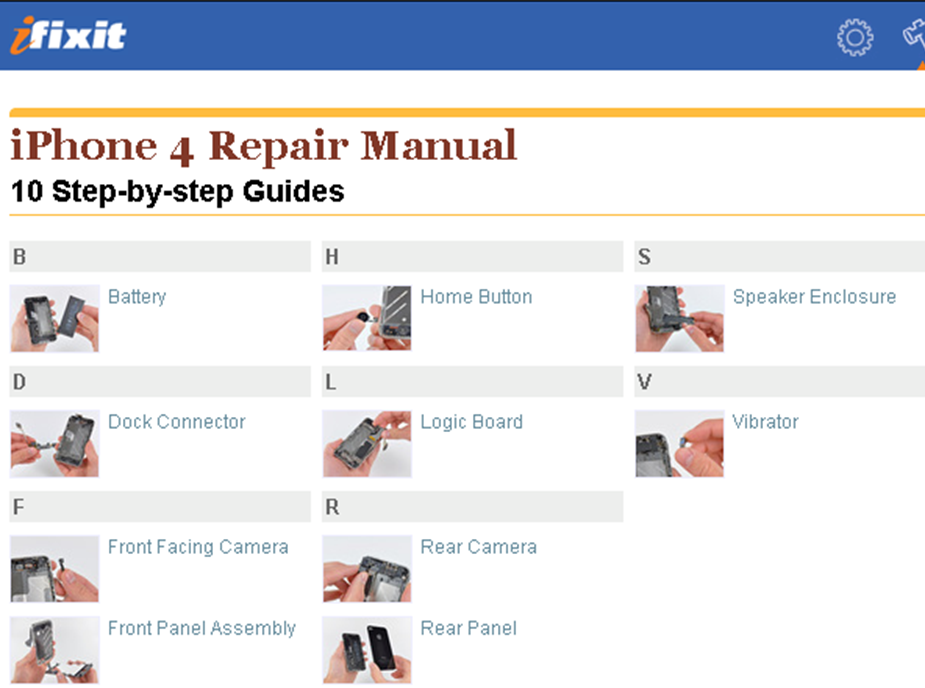