iFixit Tears Down the Original Sony PlayStation on its 25th Anniversary

In honour of Sony PlayStation’s 25th anniversary, the folks over at iFixit have given the original Japan-only SCPH-1000 PlayStation model their signature teardown treatment. 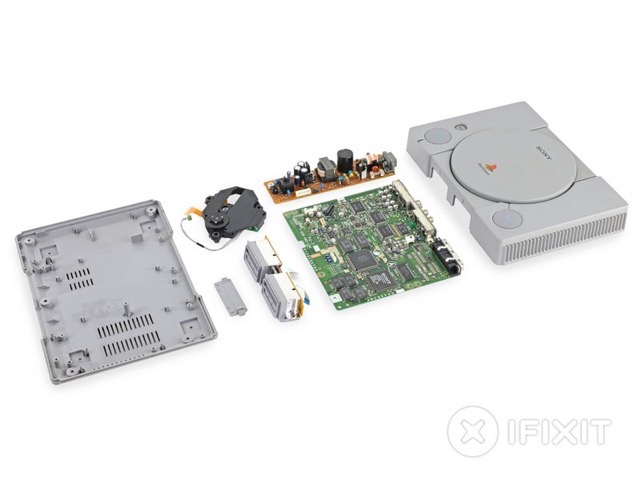 For those who aren’t aware, the iconic Sony PlayStation, which is now one of the world’s most recognized gaming consoles, was originally developed as part of a joint venture between Sony and Nintendo to make a CD-equipped SNES console.

PlayStation made its debut this day 25 years ago on Dec. 3, 1994, and has also earned a Guinness World Record for the best-selling home video game console brand ever.

We’re thrilled to be certified as the best-selling home video game console brand ever, with over 450 million units sold across the original PlayStation, PS2, PS3, and PS4 as of Nov. 7 according to @GWR.

And it’s all thanks to you ? pic.twitter.com/maO0TOVqs2

With an impressive repairability score of 8 out of 10, iFixit found the console to be very easy to repair.

The console is made up of few components, and each one is straightforward to remove and replace.

Only a Phillips screwdriver and a spudger are needed for complete disassembly.