A couple days ago Apple launched a new iPod touch powered by the same A8 CPU found in the iPhone 6, along with an 8MP iSight camera. iFixit has now revealed its teardown of the latest iPod touch, which was finally updated for the first time since 2012. 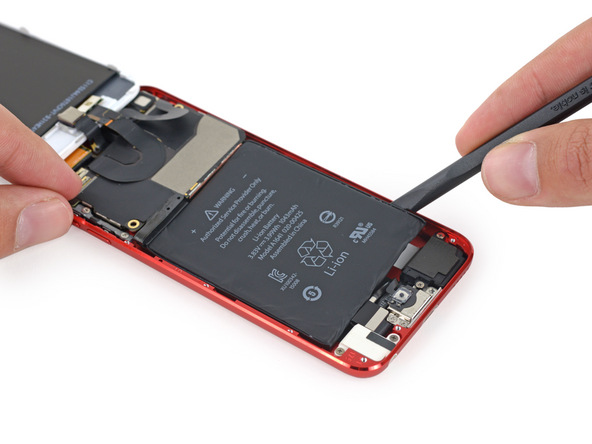 The A8 chip within the new iPod touch is the same as the one in the iPhone 6 (it’s under clocked slightly) and confirmed 1GB of RAM, double that of the previous generation.

The display looks to be the same as the previous generation, but with a new white bezel. Essentially there isn’t much difference compared to the 5th gen iPod touch, aside from the new hardware.

But when it comes to the camera, iFixit notes the iPod touch unit lacks the sapphire crystal lens cover found in the iPhone 6, has a f/2.4 aperture (versus f/2.2 on the iPhone 6, which allows for better low light performance) and lacks auto image stabilization. 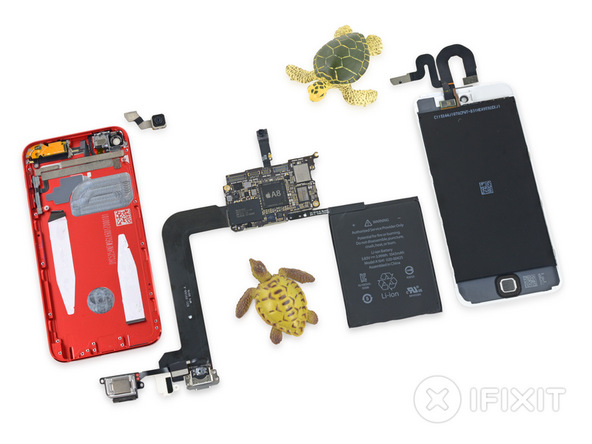 The repair score for this model was rated at 4 out of 10 (10 being the easiest to repair), meaning it’s not going to be easy to repair yourself, as most parts are soldered, while adhesive and clips make it difficult to open the case.

Check out hands-on unboxing videos here of the newest iPod touch, which starts at $249 CAD.