The experts over at iFixit have just given the shiny new Apple TV 4K their signature teardown treatment, giving Apple’s first 4K HDR streaming device a very good repairability store of 8 out of 10 (the higher the score, the easier to repair). The device also features a completely redesigned cooling system of the A10X processor, complete with “serious thermal venting”. 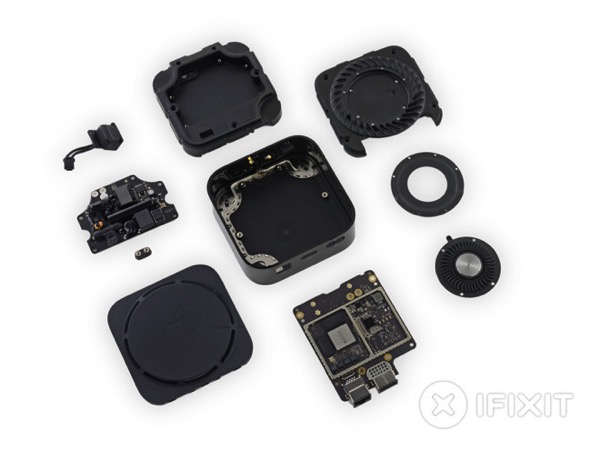 According to the teardown experts, the fan in the device is the first of its kind in any Apple TV. The new thermal solution in the Apple TV 4K combines the fairly large fan with the heat sink and EMI shield combination from the fourth generation device. Other positives include no glue, modular components, a modular power supply, and standard Torx screws holding the device together.