IFTTT Launches All New ‘Do Apps’ to Simplify Recipes

Popular internet automation service IFTTT (If This, Then That) has today introduced 3 new ‘Do apps’ for iOS, that simplifies its sometimes confusing recipes for amateur users. The Do suite of free apps i.e. Do Button, Do Camera and Do Note, makes the whole process a lot easier by letting users drag and drop tools they want to connect and customize recipes through a minimalistic interface.

The apps allow users to quickly route photos, text, and other inputs to wherever they’d like them to go. With Camera, one may program it to upload photos taken inside the app to a specific Facebook album, or to email them directly to one’s parents. Similarly with Note, once can set it up to take a snippet of text and create an event in Google Calendar or post it to Twitter, while the Do Button is meant to bring instant access to one’s most-used IFTTT recipes. 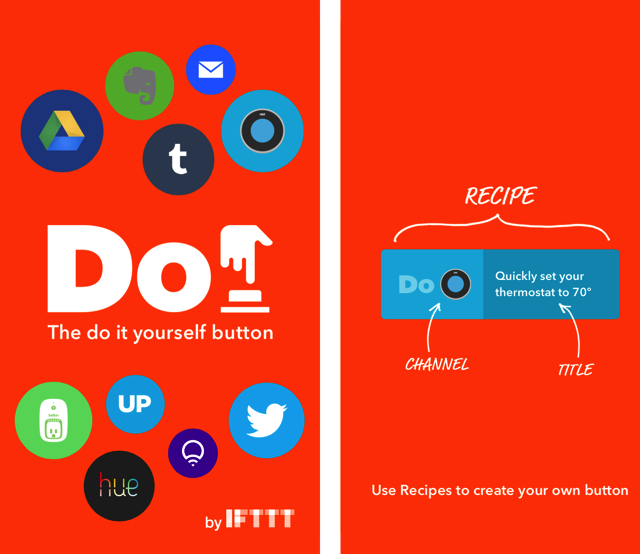 Currently, users can only program up to three recipes on the Do apps, but company CEO Linden Tibbets says the IFTTT team is working to let users save recipes for easy swapping, in addition to offering any recommended recipes they might enjoy. “If we can get people used to creating customized buttons on their phones, we’re hoping they will soon want Do buttons for all their devices – cars, nightstand lamp and every other Internet of Things devices”, he said.

You can grab the free Do Button, Do Camera and Do Note apps for iPhone right now and let us know how you like them in the comments section.