IFTTT Support is Coming Soon to Your Favourite Apps 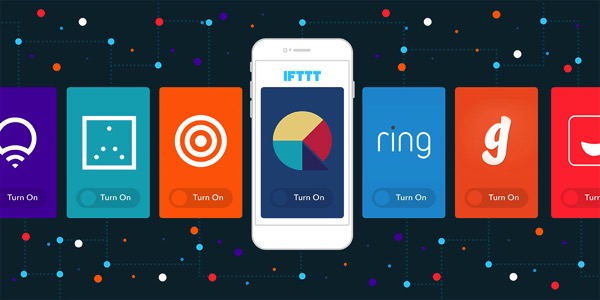 IFTTT has made an announcement on its blog that it is working closely with a select group of partners to add IFTTT directly into their apps, enabling users to discover and activate their favourite IFTTT Recipes without having to leave a partner’s app. “These native experiences make IFTTT more accessible than ever”.

At IFTTT, we’re on a mission to give people more creative control over the services they use. Seamless connections between those services are a big part of that vision. Today we’re announcing an update that brings us one step closer.

Our partners all have one thing in common: the desire to add value and enable a more seamless experience for their users.

IFTTT integrations with Abode, Awair, BloomSky, Foobot, Garageio, LIFX, Qapital, Roger, Skybell, and Stack Lighting are live today, while native support for Automatic, Emberlight, and Ring Video Doorbell is in development, and should be rolling out soon as well. All these app will be using IFTTT’s partner platform to build a native experience for their users and incorporate Recipes into their apps.

The company believes that the power to embed IFTTT experiences is just the beginning of the value it can unlock for both developers and users. “The rich experiences that partners can build with IFTTT are only going to get more exciting from here”.

To learn more or partner with IFTTT, visit this link.

Samsung and LG are gearing up to start mass production of displays for Apple's first OLED iPads, according to a report from the South Korean publication ETNews (via MacRumors). The information comes from Ross Young of Display Supply Chain Consultants, a well-known industry analyst. According to Young, both South Korean display manufacturers will produce "hybrid" panels for...
Nehal Malik
2 mins ago

Google announced an experimental conversational service based on artificial intelligence today, called Bard, confirming what was reported last week. The details of Bard look to compete against the rise of Open AI’s ChatGPT, with the latter’s inventor backed by a $10 billion investment from Microsoft. On Monday, Google CEO Sundar Pichai detailed more about its […]
Gary Ng
34 mins ago