Instagram today revealed it’s rolling out the ability to pin comments to all users around the world. 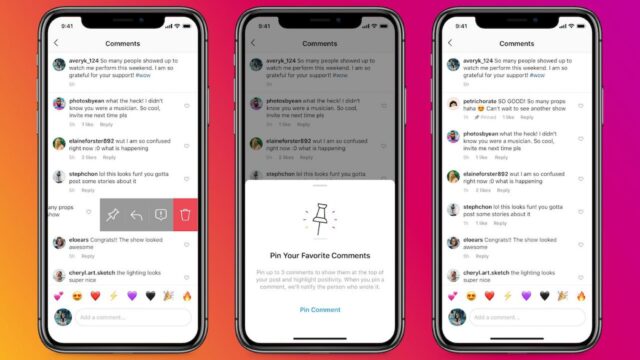 After Instagram first announced that it was testing the option back in May, the platform has today confirmed that all users can now pin up to three comments within their post interaction streams.

“Today we’re rolling out pinned comments everywhere. That means you can pin a few comments to the top of your feed post and better manage the conversation,” Instagram said in a tweet on Tuesday.

As noted by Instagram’s VP of Product Vishal Shah, the option is designed to encourage more civil discussion by “highlighting positive comments”, though how much difference that will make in practice remains to be seen.

That means you can a pin a few comments to the top of your feed post and better manage the conversation. pic.twitter.com/iPCMJVLxMh

The comment section of Instagram posts can often be a place where online trolls and cyberbullies thrive. By giving the user more control over what type of comments people see first, Instagram hopes it will limit online harassment.

To use the new feature, simply swipe right on the comment(s) you want to pin and click on the pin icon. The person who commented will be notified that you pinned their comment.

Pinned comments is just one of a few features Instagram debuted over the last few months to help combat cyberbullying. The social media platform also previously looked into allowing users to delete comments in bulk as well as allowing you to choose who can tag or mention you in their own posts.