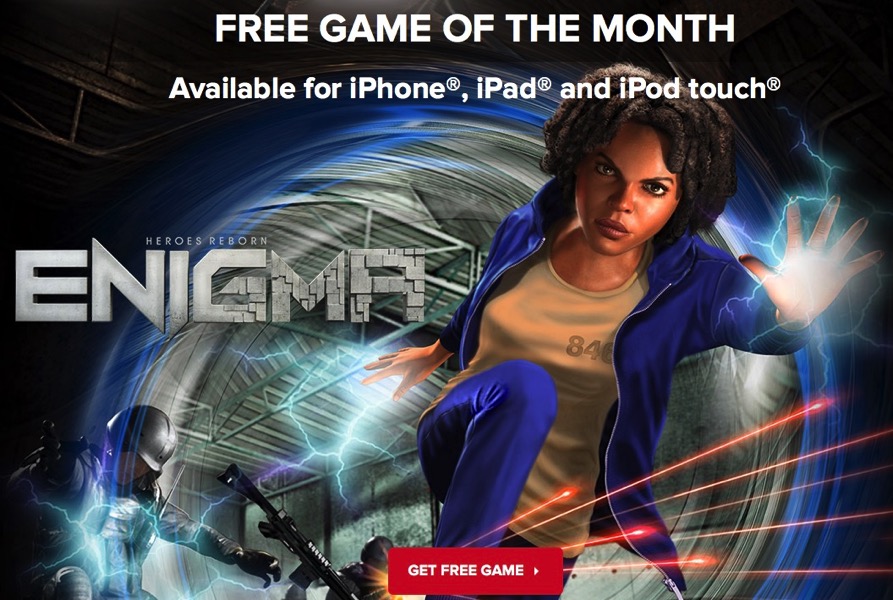 If you’re looking for a new game to play, check out the latest freebie from IGN, as Heroes Reborn: Enigma is currently their new Free Game of the Month. This iOS title currently retails for $6.99 CAD in the App Store but you can get it free via promo code from IGN.

Below is the description of the game, which requires an iPhone 5, iPad 4, iPad mini 2 or newer to play (and comes in at a 1.45GB download):

Play over 30 levels and continually evolve, as your powers and abilities increase throughout the game. Harness your powers of time shifting, telekinesis and time manipulation to survive. But, it will take real skill to escape where you are being held hostage and save your sister.

Click here to get your free promo code from IGN for Heroes Reborn: Enigma.