IGN’s iOS Freebie This Month is Prince of Persia: The Shadow and the Flame

IGN’s Free iOS Game of the Month is Prince of Persia: The Shadow and the Flame:

The rebirth of the legendary action-platformer! Continue the age old saga of a wanderer who was born a Prince.

How to get this game for free? Click here to visit IGN, then click on “GET MY CODE” as pictured below. 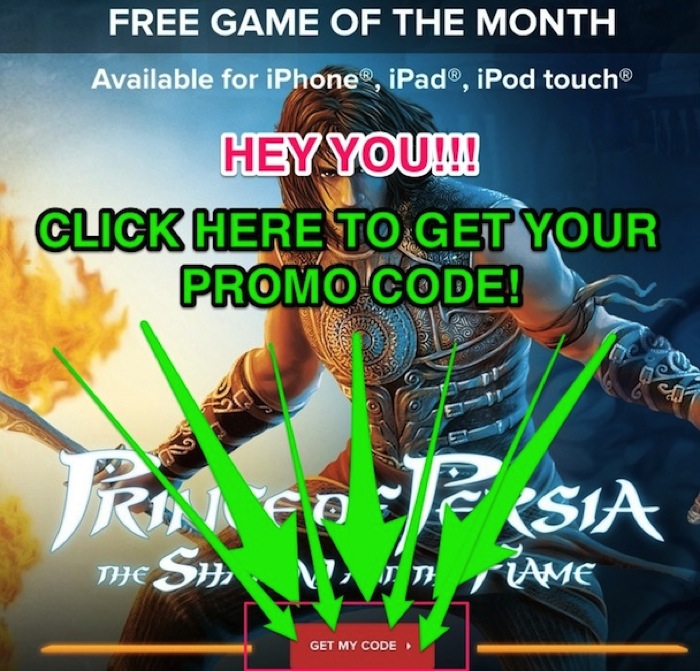 I repeat, the game is only free if you get the promo code via IGN’s website and is not a free download directly in the App Store. Happy gaming 🙂