Looking for a free game to play? It’s time for another free iOS Game of the Month from IGN. October’s pick is The Executive, which retails for $5.79 CAD in the App Store.

In order to get this game for free, you need to redeem the promo code IGN will provide you. Here’s the synopsis for the game:

From the creators of the award-winning “Pizza Vs. Skeletons” comes The Executive: a fast-paced, cinematic, martial arts action game designed from the ground up for iPhone and iPad. You are the CEO of a company that has been infiltrated by werewolves, and it’s your job to save your employees, and eventually the entire city, from their dastardly schemes. 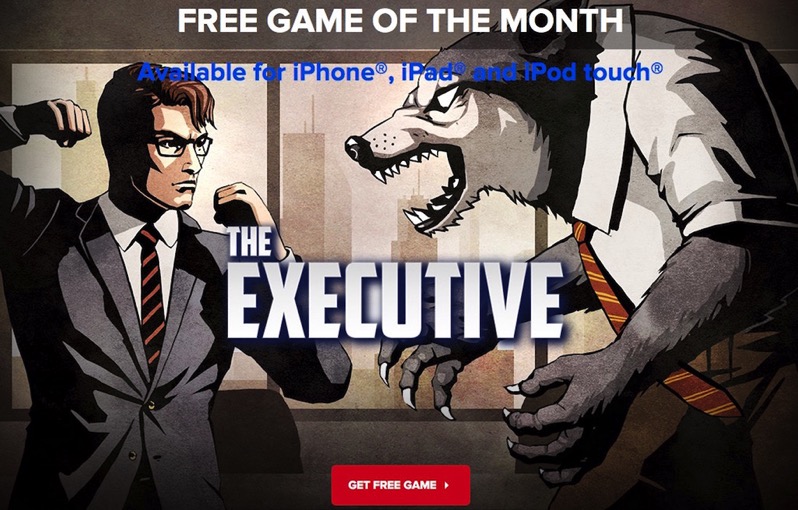 Click here visit IGN to get your promo code for The Executive. It comes in at over 430MB so make sure you have some room to spare.