You’ll participate in visceral dogfights, protect cities and fleets, bomb enemy structures and even fly through tunnels. Everything is set up in accurately recreated real life locations like Pearl Harbor, Coast of Dover, Midway, Germany and France. 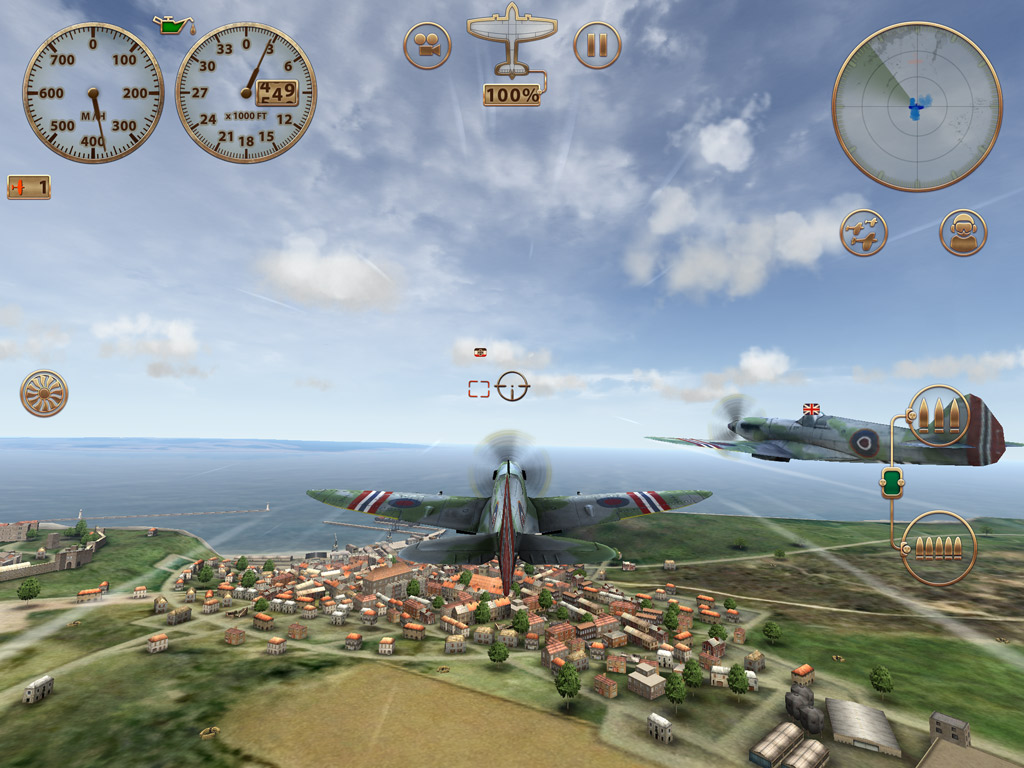 Storm Raiders has a huge selection of online game modes for you to play with your friends. Choose between cooperative and competitive modes: Survival, Last Man Standing, Free Flight, Free for All, Team Match, Capture the Flag and the new Assault. Use Game Center head to head with Voice Chat for the ultimate duel experience.

Sky Gamblers: Storm Raiders is normally $4.99 on the App Store and will work with iOS 5 and later, but is optimized for the Retina display on the iPhone 5/5S. Get a free code from IGN’s website for a free download. To redeem the offer, enter the code under ‘redeem code’ on the App Store.