IGN’s Free iOS Game of The Month – A Dark Room

A Dark Room by Amirali Rajan is IGN’s free game of the month. The game creates an enthralling parallax effect that can keep devoted players dosed, for hours, on the pleasurable sense of immersion.

A Dark Room, a minimalist text-based game, has some role-playing game elements and invites players to “come light the fire and escape into a world you’ll never forget”. 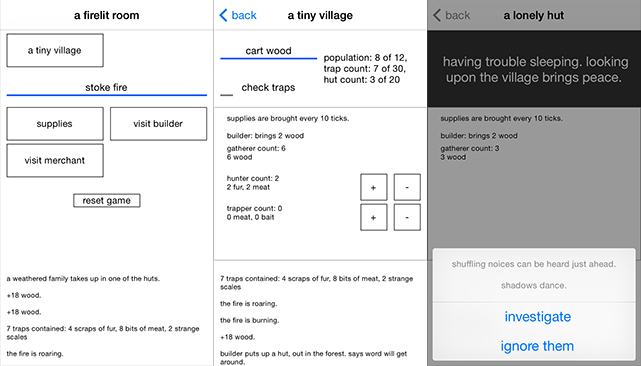 The corner’s in the game are full of twists, making the game always unpredictable and always intriguing. There are no in-app advertisements or in-app purchases in this game.

A Dark Room is normally $1.19 on the App Store and requires a device running iOS 7.0 or later. Get a free code from IGN’s website for a free download. To redeem the offer, enter the code under ‘redeem code’ on the App Store.

YouTube is catching up to Twitch and is now offering support for YouTube Emotes. These custom images can be used across the platform while interacting with chat and the comments in a video. Currently, YouTube is supporting a variety of Gaming Emote. In a YouTube Help blog post, a community manager highlights the fact that...
Steve Vegvari
46 mins ago