Deus Ex: The Fall by Square Enix for iOS is IGN’s free game of the month. The game is set in 2027, a golden era for science, technology and human augmentation.

Play the story-driven action RPG as Ben Saxon an augmented former British SAS Mercenary, who is desperate for the truth behind a global conspiracy threatening his life. Here is a full list of features of the game:

•Fight for survival in a global conspiracy

•Every action has a consequence

•Hours of gameplay with multiple ways to play

•Play the way you want; full on action or stealth 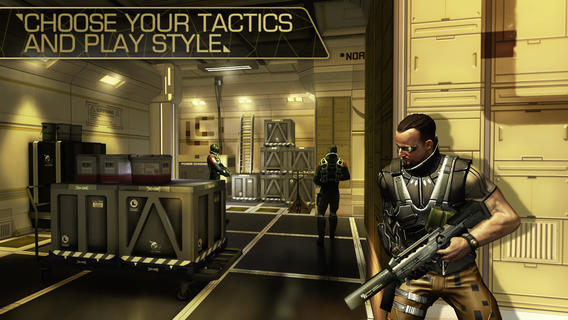 Deus Ex: The Fall is normally $6.99 on the App Store and will work with iOS 5 and later, but is optimized for the iPhone 5, the fifth-generation iPod Touch, as well as the iPad 2 and above. Get a free code from IGN’s website for a free download. To redeem the offer, enter the code under ‘redeem code’ on the App Store.