The game features 12 powerful cars that will help you achieve victory across 10 unique venues and 20 different courses for head-to-head racing. Compete across 100 racing events and 6 Grand Prix Series. 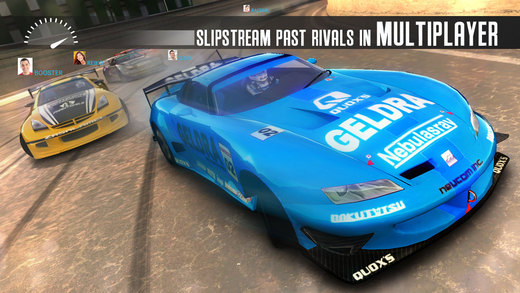 The racing game also includes 8-player multiplayer action that allows you to battle friends and race rivals as you make your way to the top of the rankings.

Ridge Racer Slipstream is normally $2.99 on the App Store and will work with any device running iOS 7 or later, but is optimized for the iPhone 4S, iPad 3, iPod Touch 5th Gen and above. The game contains in-app purchases which range from $0.99 to $49.99. Get a free code from IGN’s website for a free download. To redeem the offer, enter the code under ‘redeem code’ on the App Store.

Amazon announced today it will stream 25 James Bond films on Prime Video beginning on October 5, 2022. According to the company, these 25 Bond films set to stream in Canada, the U.S., UK and other key territories is part of the 60th anniversary celebration of the iconic film franchise. Also coming is The Sound […]
Gary Ng
9 mins ago