Looks like iHome is one of the first accessory makers to announce an AirPlay compatible wireless speaker system.

The announcement did not reveal a lot of information, but what is known is that the wireless speaker does use Apple’s new AirPlay to wirelessly stream music.

The speaker further features a rechargeable battery and should be available for Holiday 2010.

While iHome may be the first to reveal hardware, many other companies are also looking to support AirPlay such as JBL, Marantz, B&W, and Denon. 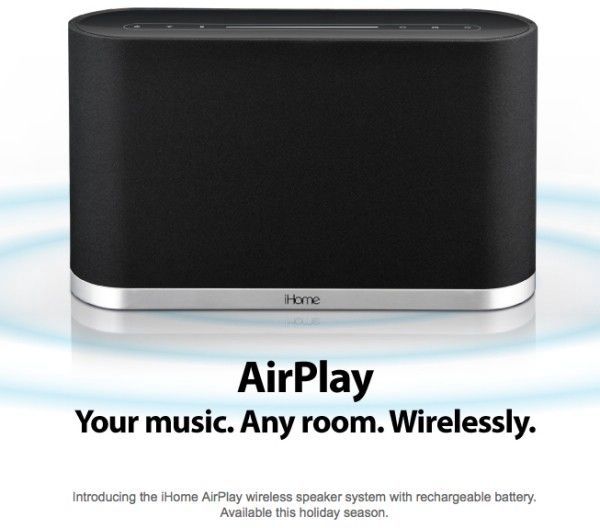