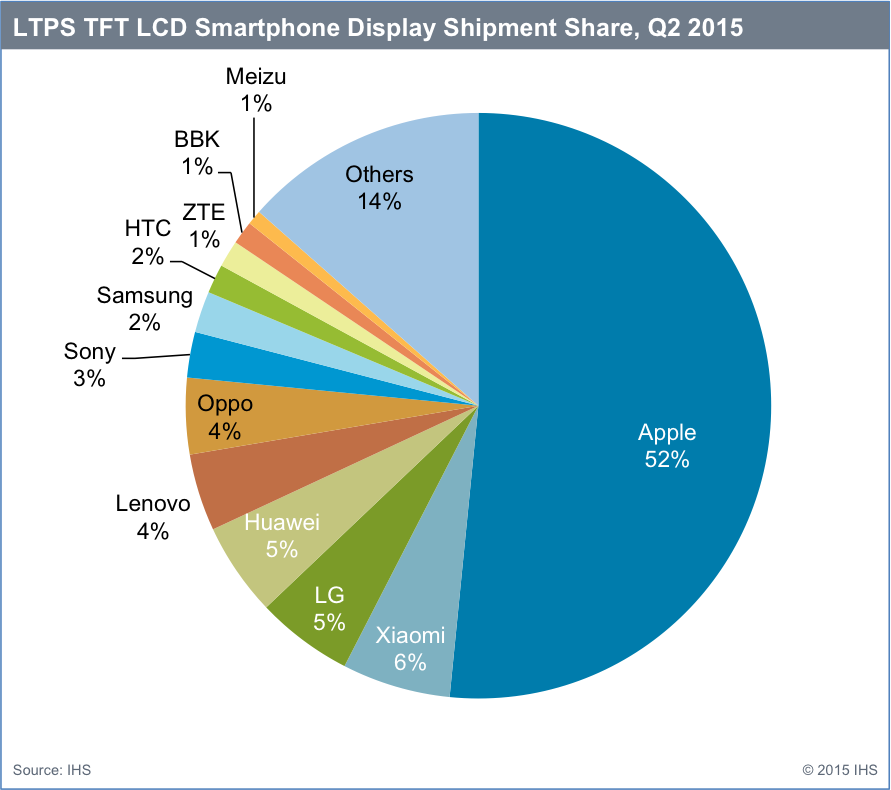 According to the latest IHS report, global demand for low temperature polysilicon thin-film-transistor liquid-crystal displays (LTPS TFT LCD) for smartphones is growing, despite the fact that overall smartphone market growth is slowing down. Thanks to the iPhone 6 and iPhone 6 Plus, in which Apple has adopted wider displays with higher resolution, the demand for LTPS TFT LCD displays has significantly increased, notes IHS.

Led by Apple’s iPhone 6 and iPhone 6 Plus, LTPS TFT LCD smartphone display shipments grew 31 percent in the first half (H1) of 2015 to reach 251 million units. The iPhone displays made up more than half (52 percent) of all LTPS TFT LCD smartphone display shipments in H1 2015, according to IHS Inc. , the leading global source of critical information and insight. LTPS TFT LCD is used in Apple’s iPhone and other high-end smartphones that have full high definition (FHD) displays with resolutions of 1920×1080 pixels and in wide quad high definition (WQHD) displays with resolutions of 2560×1440 pixels.