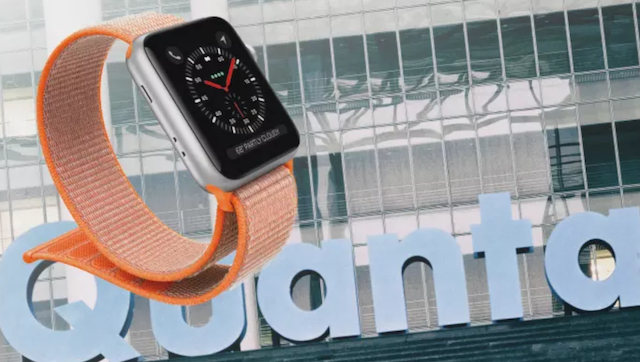 Hong Kong-based human rights group Sacom alleged that after interviewing 28 high school students at the Quanta factory in Chongqing this summer, it found that although teachers were sending them for internships, they were made to perform the same jobs as other assembly line workers, including overtime and night shifts, which according to the Chinese law, is illegal.

“We repeat the same procedure for hundreds and thousands of times every day, like a robot,” Sacom quoted one student.

One student studying automotive repair told Sacom: “We are scheduled to work at night, from 8 pm to 8 am. Only one day off is allowed per week.” Sacom also quoted another student saying that “about 120 students” from their school worked on the fourth floor of plant F5 of the Quanta site in Chongqing.

Sacom says it had unearthed similar labor abuses at Quanta Chongqing in the production of Apple Watches in an earlier investigation, although Apple had denied that plant being a part of its supply chain at that time.

Apple on Tuesday announced Apple Music Sing, a new karaoke feature coming to iPhone, iPad and Apple TV 4K. Apple Music Sing will let customers sing along to their favourite songs with real-time lyrics, while being able to adjust vocals for multiple lyric roles such as lead, perform duets, sing backup, and more. The feature […]
Gary Ng
47 seconds ago