Adobe today launched the first public version of its Illustrator vector graphics app on the iPad. 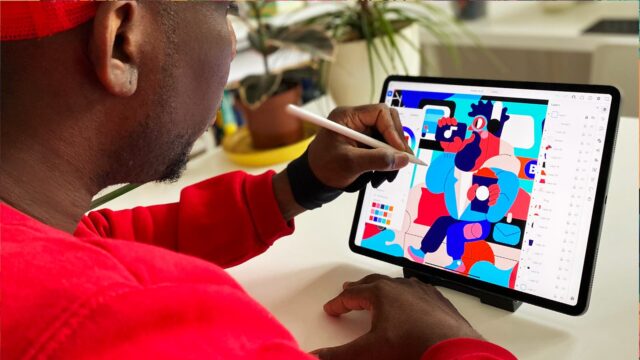 Illustrator on the iPad is Adobe’s popular desktop vector drawing app reimagined for the iPad and Apple Pencil. The app integrates with Adobe’s Creative Cloud service, allowing users to do their work from any device.

Adobe has created a context-aware interaction model that, coupled with the same touch shortcut UI first seen in Photoshop for iPad with the Apple Pencil, provides a rich and flexible set of tools for illustrators. The breadth and depth of tools and options Adobe offers comes with an initial learning curve. However, Adobe has provided a set of tutorials and ways to learn from others that make it easy to learn the basics, so you can start experimenting on your own.

“While on the surface it may seem simple, more capabilities reveal themselves as you work. After a while you develop a natural rhythm where the app fades into the background, freeing you to express your creativity,” the company says.

Illustrator includes a large set of template image sizes to start your work, or you can create a custom one yourself. You can start with a blank canvas or import files using the system document picker, your device’s camera, your photo library, Adobe’s Creative Cloud storage, or any library of objects you’ve previously saved.

Adobe says that the launch of Illustrator is just the beginning and plans to add additional features like effects, more brushes, options to turn sketches into vector graphics, and more.

“There’s so much more to come on our roadmap for Illustrator; we’re working on bringing you effects, and more brushes, along with new Adobe Sensei powered capabilities, letting you magically turn sketches into vector graphics and more,” the company concludes. “Adobe Illustrator on the iPad is not just a new tool for graphic design, it’s a new freedom to create, collaborate, and share your passion from anywhere.”