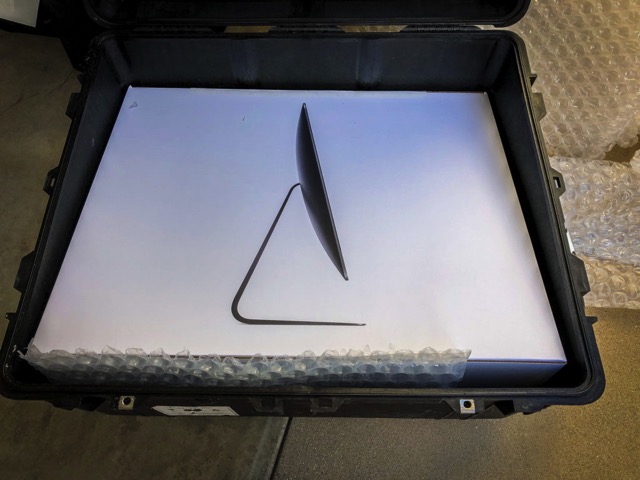 Earlier today, Apple updated the iMac Pro landing page to confirm that sales will launch on December 14 for customers in the U.S., although no specific date for a Canadian release has been given so far.

While we all know the new iMac Pro is going to be off the charts in terms of performance, an early hands on by professional photographer Vincent Laforet has revealed an impressive 200-300% increase in performance from previous generation. Apple SVP of Worldwide Marketing Philip Schiller also tweeted a direct link to the review, along with the following caption:

“a KILLER machine for any serious photographer, filmmaker, or VR producer”#Apple #iMacPro https://t.co/tyXvqERPoA

Testing an iMac Pro configured as a 10 Core 3GHZ Intel Xeon W with 2TB SSD, 128 GB RAM and Vega 64 Radeon, Laforet noticed a 200-300% increase in performance in almost every industry leading software with the iMac Pro. “I’ve seldom seen a jump this dramatic before on any new generation of Macs – 20%-30% speed increases are the norm … NOT 200%-300% increases.  That’s SIGNIFICANT”, he writes.

Here are his thoughts on the new iMac Pro:

Basically, if you’re debating whether or not to purchase the iMac Pro you should ask yourself just one question:  how much is your time worth to you?   Would you rather be waiting for images and video to render or export, or do you want to go back out and shoot as quickly as possible?   For me the answer is easy:  when compared to the previous generation iMac or the current top of the line 15” MacBook Pro, the iMacPRO tears through footage and images, allowing me to spend less time behind a computer, and more time shooting.

After just under a week I can tell you that I won’t be using any other mac anytime soon.

For detailed numbers and test results, head over to the source page.