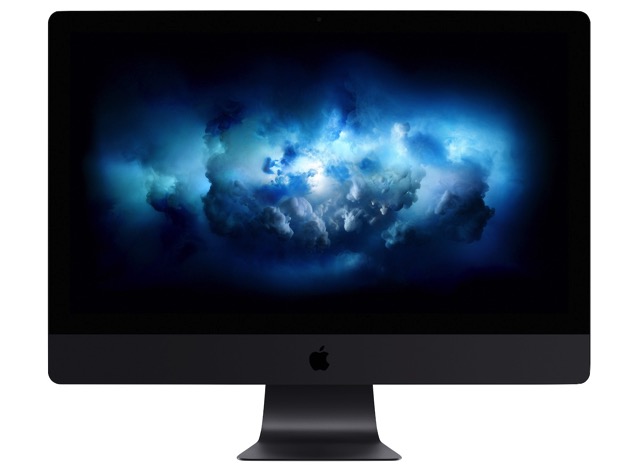 Pike’s Universum, a website known for digging deeper into Mac firmware files, claims to have found data suggesting that the upcoming iMac Pro may include some form of mobile connectivity to provide “advanced theft protection” similar to the Find my iPhone service, MacRumors is reporting. The source believes that the data could also relate to a new feature in the iMac Pro that uses a SIM card to make phone calls.

Even the cheapest iMac Pro costs $4999 and is thus far more expensive than any other iMac model that is now available, let alone the top of the line one with a price tag north of $15K, and it is so easy to walk away with a 27-inch computer, and that may be why Apple is going to introduce a new kind of “Find my iMac Pro” type of theft protection. One that phones home to report the exact GPS location. And there’s no way of switching it off…

The website has offered relevant information in the past as well, revealing some of the iMac Pro’s tech specs two months prior to it being announced in June. It claimed the iMac Pro will include Xeon processors, ECC RAM, faster SSD storage, AMD graphics options, and Thunderbolt 3 ports, although not all details were completely accurate. Later on, the site claimed that the iMac Pro could be powered by Intel’s next-generation server-grade Skylake-EX and Skylake-EP processors.

Meanwhile, some developers have discovered data in Apple’s BridgeOS code that suggests the upcoming iMac Pro will feature an A10 Fusion chip with 512 MB of RAM. It is believed the chip will enable support for “Hey Siri” functionality, even when the iMac Pro is powered off.

The iMac Pro is expected to launch next month, although a specific date has not yet been announced by Apple.

The adoption and popularity of cloud gaming on mobile devices are continuously on the rise. With higher demand for pristine control over beloved games, the need for functional and intuitive controllers is also emerging. Turtle Beach is amongst the latest to bring a solution to the table with its Atom and Recon Cloud controllers. The...
Steve Vegvari
3 hours ago

The Federal Trade Commission (FTC) is said to be moving forward on filing an antitrust suit in order to block Microsoft's substantial acquisition of Activision Blizzard. News of this comes as Microsoft awaits approval from UK regulators. According to three people familiar with the matter, the FTC is “likely to file an antitrust lawsuit to...
Steve Vegvari
3 hours ago

Christmas is just around the corner, and with all the sweet Black Friday deals out there at the moment, there's no better time to get your holiday shopping done. Here are our top picks for tech gifts this holiday season: Apple Gift Ideas Apple's latest flagship smartphone series, the iPhone 14 Pro, absolutely has to...
iPhoneinCanada.ca
16 hours ago