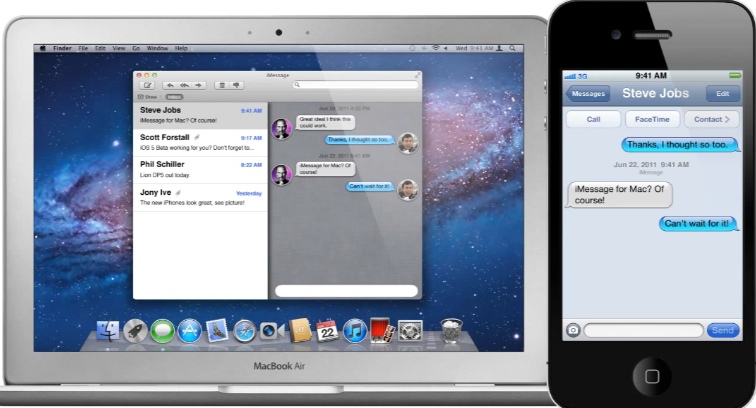 Jan Michael Cart is at it again with his beautiful concept videos. With the introduction of iMessage in iOS 5, it’s only a matter of time before the feature integrates with OS X.

FaceTime started out on the iPhone, and eventually made its way onto the Mac via the Mac App Store. You can bet iMessage is coming to OS X Lion, and Jan Michael Cart’s concept video released this morning shows how the integration could work:

This University of Georgia student has applied for internships at Google, NBC, and Apple. Let’s hope the latter picks him up, just like this guy.

An Apple AirTag proved instrumental in the arrest of a U.S. airline worker in connection with a series of luggage thefts — reports Insider. Apple launched the AirTag for $29 USD ($39 CAD) last year to help customers keep track of their belongings (and more). AirTags harness the Find My network, which comprises over one...
Nehal Malik
3 hours ago