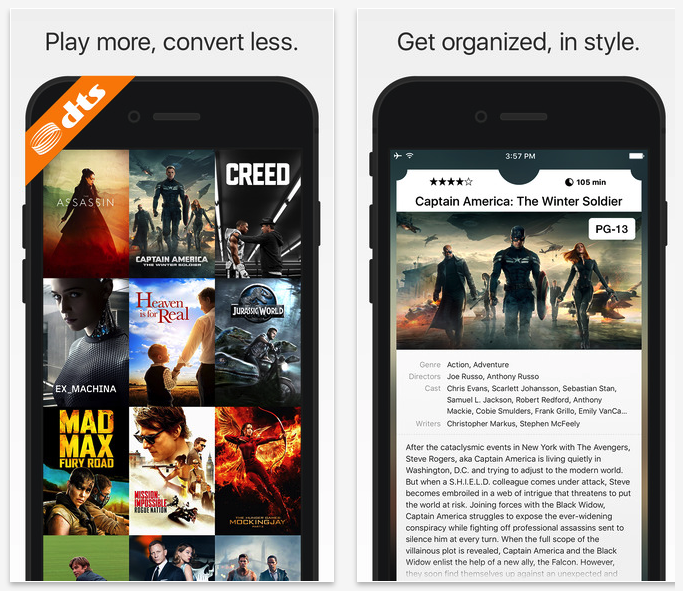 Infuse, a popular video library and playback application for the iPhone, iPad, and iPod touch, has been updated to version 4.0. Infuse on iOS serves as a way for users to store multiple video file types in a single library.

The application can stream video content from a computer, external wireless storage drives as well as apps like Plex, Kodi, and Servioo. This differentiating feature is handy for users who want a single view of all their video content stored across numerous devices and services.

Infuse 4.0 on adds automatically downloaded artwork and movie ratings, support for syncing how far along a user is into a video between devices, and support for downloadable subtitles. The app has also been optimized for the iPad Pro, bringing a native feel and experience to the highest resolution device in the iOS family.

Here is a full list of features included in the update:

– All-new playback core, with many, many improvements and optimizations

– Custom artwork for favourites and folders

– Many, many, many other minor improvements and fixes

The company has also tuned the app for speedy browsing, great battery life and silky-smooth playback of videos with resolutions up to 4K.

Infuse 4.0 is a free upgrade for all users running version 3.0 or later. The app requires any device running iOS 8.0 or later.