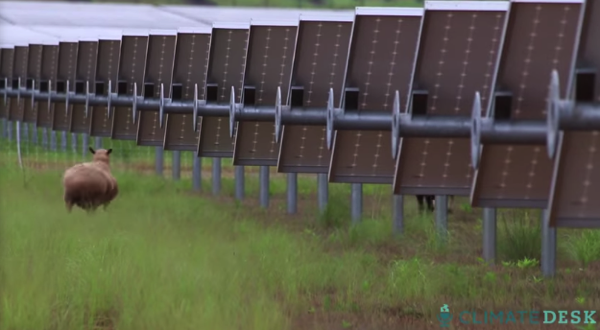 Apple gave Climate Desk, a group of media partners dedicated to exploring how we are impacting the environment, access to its North Carolina solar farm, which helps power data centres for iCloud.

The video shows a closer look at solar arrays and also has Apple’s Lisa Jackson, Vice President for Environmental Initiatives at the company talking about their environmental efforts.

In the video below, Apple is touted as a green leader when it comes to renewable energy:

Apple, which once drew fire from campaigners for working conditions in China and heavy reliance on fossil fuels, is now leading other technology companies in controlling its own power supply and expanding its use of renewable energy.

Last month, Apple released their 2014 Environmental Responsibility Report, which noted 145 U.S. retail stores and all retail stores in Australia are being powered by 100 percent renewable energy.

Apple will use Sony's newest "state of the art" image sensors for its iPhone 15 lineup next year, according to a report from Nikkei Asia (via MacRumors). Sony's new sensors are able to pack more photodiodes thanks to a semiconductor architecture that puts photodiodes and transistors in separate layers. As such, these sensors double the saturation signal...
Nehal Malik
2 mins ago