An Inside Look at Apple’s iOS Developer Academy in Naples, Italy

Apple opened its first iOS Developer Academy last year in Naples, Italy, which is now providing over 200 students with practical skills and experience to help turn their app dreams into reality. A new article by the Independent gives an inside look at the Italian university, which is now into opening for its second year, training the developers of the future by using Apple’s innovative techniques. 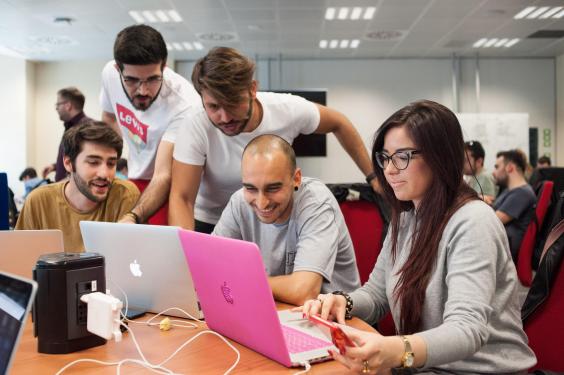 The academy, which is already seeking out students for its next year, is “the model of the classroom of the future, specifically created in Apple’s image”. Round tables are filled with students using MacBooks and iPhones. On the walls, where a whiteboard might be expected to be, are huge screens connected to Apple TVs. And it’s in this room that Apple is training its developers of the future, an opportunity that it is extending to anyone who wants to apply.

Not everyone will stay; many of the international students from the first cohort are finishing up and planning to head back home. Apple hasn’t ruled out taking the developers on itself.

Applications to join the academy close on 31 May and can be done on the website, following which tests will be held across Europe.