Instagram has today added two ways to sort and check your Following and Favourites feeds, which allow users to either view posts from all their followed accounts or in a customized list in reverse chronological order (via CNET). 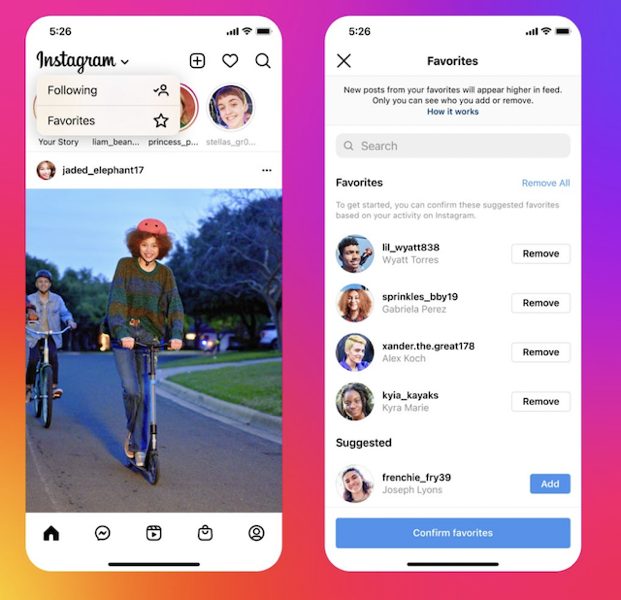 These new features make it easy to switch between Home, Following, and Favourites feed styles. By selecting Following, users can view the posts of everyone they follow, starting with the most recent post. The Favorites feature works in the same chronological order but limits the feed to a maximum of 50 accounts, which can be customized.

Posts from your Favorites list will also display a star icon and appear higher in your home feed.

The current Home experience, which displays content ranked by what the algorithms determine you’d want to see most, is still the default for Instagram feeds. An Instagram spokesperson told CNET via email that “people have a better experience on Instagram with a ranked feed, so we won’t be defaulting people into a chronological feed.”

Users who want to continue viewing their Instagram feed as it is can continue to do so without making any changes.