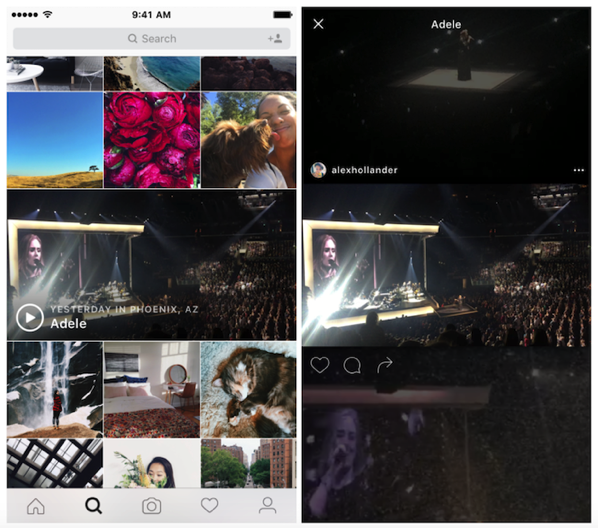 Instagram has today introduced all new ‘Event Channels’ for the Explore tab, in which you will be presented with video suggestions showcasing the latest footage from events and concerts around the world. “Starting today, you can experience events as they happen around the world with a new video channel on Explore”, notes Instagram in an official blog post.

This channel collects the best videos from concerts, sporting events and more so you can feel like you’re in the front row. Like the rest of Explore, this new channel is personalized for you and highlights events you might like.

These updates to Explore are currently only available in the United States. We’re working to bring this experience to the rest of the world soon.

Instagram notes that in addition to the ‘for you’ video feed and images, videos Instagram will also surface videos coming from a single place near you, like a concert. To learn more about video channels on Explore, hit up this link.