Instagram has announced you can now add a hashtag and profile link to your bio, as “a new way to express yourself and the things you care about.” 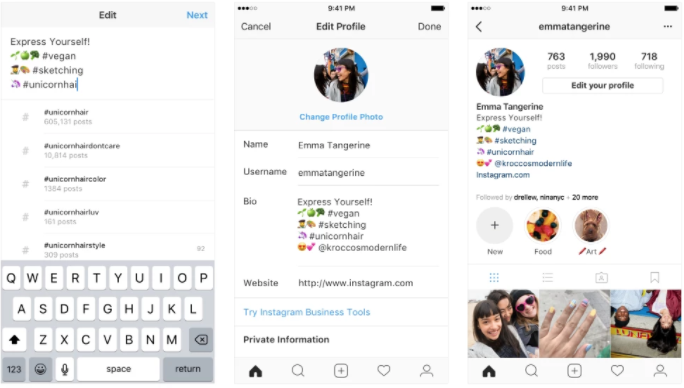 Instagram says when you mention another user’s profile in your bio, they will be alerted and can choose to have the link removed to their profile; while this removes the direct link, the mentioned profile link will still remain in your bio.

This new addition means you can possibly expect some more targeted advertising from your favourite Instagrammers, as they now will have clickable link to profiles in their bios, which could be for a brand or other personality.

Yesterday, Instagram announced it had expanded its shopping feature for businesses to Canada, which lets companies make it easier for customers to buy products displayed on the social network.