Instagram Launches “I Voted” Stickers for the 2019 Federal Election 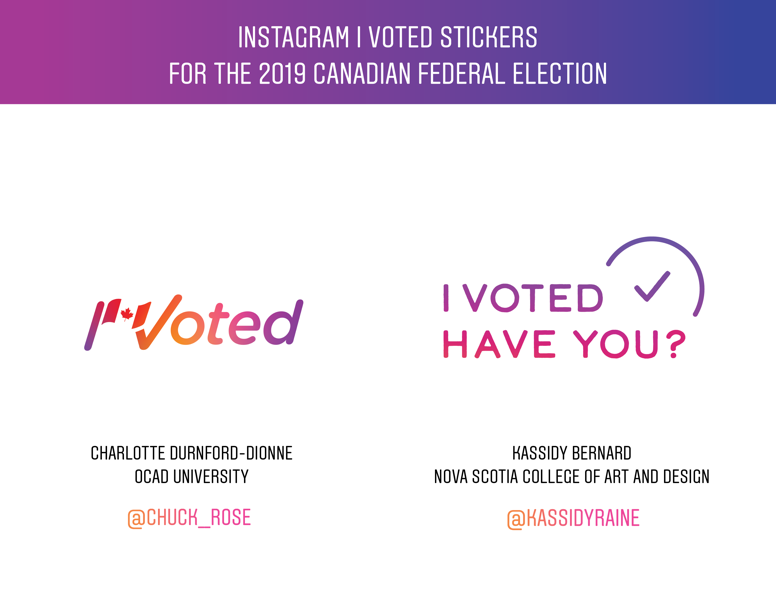 When Election Day rolls around, a “We Voted!” Story will be shown at the front of your Stories bar, when your friends post a story with these new “I Voted” stickers.

These new stickers were designed by OCAD University student Charlotte Durnford-Dionne and Kassidy Bernard from Nova Scotia College of Art and Design (NSCAD). There was a sticker design competition at OCAD earlier this spring to design an Instagram story sticker.

“We are delighted to participate in this important partnership with Instagram to promote civic engagement and voter turnout,” said Dr. Sara Diamond, President and Vice-Chancellor, OCAD University, in an issued statement to iPhone in Canada.

Both Durnford-Dionne and Bernard now have their designs as the official Instagram Story stickers for our 2019 election, while each also won $5,000 cash and a trip to San Francisco to meet the Instagram team to complete their designs.

“Civic engagement is integral to a thriving democracy, where every Canadian has a voice and can contribute to building vibrant communities. At Instagram, we want to help our community share that they voted and connect them to timely and accurate information on when and where they can vote on Election Day,” said Jessica Smith,
Public Policy Manager at Facebook and Instagram Canada, in an issued statement.