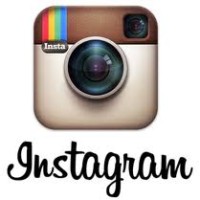 It seems that Instagram is taking a break from being the primary source of photographs showing off our children or whatever masterpiece we’ve assembled for lunch today. Instead, the famous image manipulation and sharing app is busy acting as a front-line news reporter for Hurricane Sandy by way of over 10 new images posted every second. The photographs may not be the quality you expect from National Geographic but in many ways they are entirely more relevant as they are candid images taken by individuals living in storm-affected areas.

Curious how things are looking for those affected by the storm? Take a look at some of the thousands (and in many cases, hundreds-of-thousands) of images that have already been submitted:

While this news is huge for Instagram, it is equally big for social networking in general. In a world where we used to be satisfied with waiting for the evening news or the morning newspaper, we now expect instant information… and images. Apps like Instagram turn us all into journalists, particularly for our personal and captive audiences; you have to know that a large percentage of those people viewing these Hurricane Sandy images are the mothers/brothers/aunts/uncles/girlfriends of the people that are taking them.

If you are one of the many contributors to these images, thank you for sharing –but please remember to stay safe and not take any unnecessary risks!