Instagram Now Lets You Mute People Without Unfollowing Them

Tired of seeing too many posts from a particular account on Instagram, but don’t have enough in you to hit that ‘unfollow’ button? Well starting today, you can now mute accounts on Instagram.

According to the company today in a blog post:

Today we’re introducing mute in feed, a new way to control what posts you see on Instagram. The new feature lets you hide posts in feed from certain accounts, without unfollowing them. With this change, you can make your feed even more personalized to what matters to you.

By muting, you can still see profile page posts and get push notifications for comments and tagged posts, but you will no longer see their posts in your main feed. Muted accounts do not know they are muted, according to the company.

How to mute an account on Instagram? Just tap on the “…” menu in the top right corner of a post, then select ‘Mute’ when the menu appears. You have the option to mute posts or mute posts and stories simultaneously. Another way to mute is to press and hold on a story in your tray or from a profile. 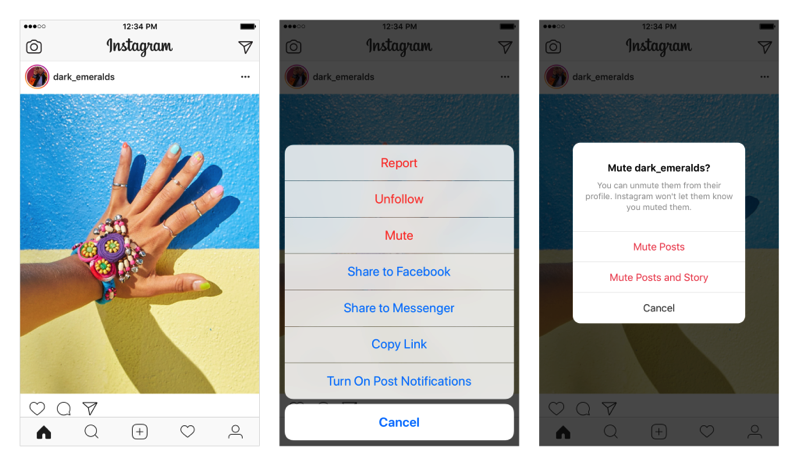 Recently, it was confirmed Instagram was testing out a new ‘you’re all caught up’ feature, in a move seen to help users take a break from the service, instead of scrolling endlessly.