If you’re a fan of Instagram Stories, you can now see suggested Stories within the Explore tab. The suggested feature was initially available to a select few, but now they are available to everyone.

Once you hit up the Explore tab in the Instagram iOS app, you’ll see some suggested Stories along the top, as you would on your main feed: 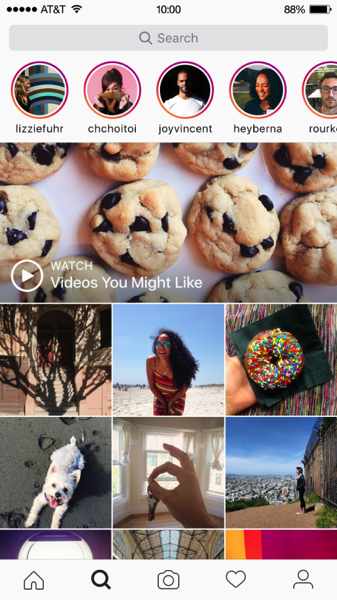 The Stories feature launched back in August, which was essentially a clone of a similar feature from Snapchat.

Earlier this month, Instagram said over 100 million people are now using the Stories feature daily. Stories are pictures or videos users can share with text overlays or filters that expire in 24 hours.