Instagram to Launch Translation Button in the Coming Month

Facebook-owned Instagram announced yesterday on its social network translation is arriving “in the coming month.” 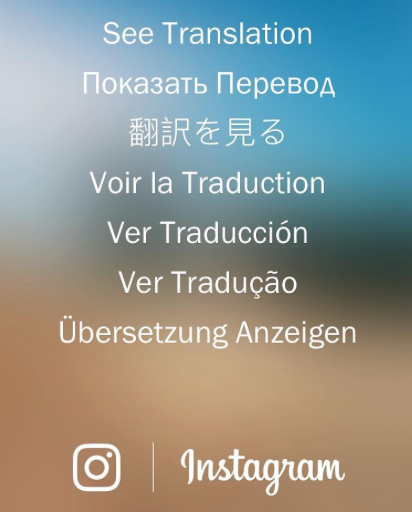 Translation will be possible for feed stories and profile bios “written in languages different from your own,” referring to your language settings on your device. Instagram says captions, comments on posts will be automatically translated, if available, by tapping “See Translation” below text.

The feature is geared to launch in July, so “you’ll soon be able to understand the full story of a moment, no matter what language you speak.”

Earlier this week, Instagram announced it had reached the milestone of 500 million users, with 300 million of those daily active users. More importantly, the social network said 80% of its users live outside the United States, so adding translation definitely seems like a smart move for its massive international user base.