Instagram has today rolled out a massive update to its iOS and Android apps, introducing the all-new video chat feature in Instagram Direct, either with just one person or a group, as well as topic channels in Explore, and a bunch of new camera effects for Instagram Stories.

The new Instagram Direct Video chat feature offers users real-time video experience in a private space and helps them connect with friends when they can’t be together. To initiate a video chat, simply swipe into your Direct inbox and open a message thread. Now tap the new camera icon in the right corner, and the video chat will ring your friends’ phones. 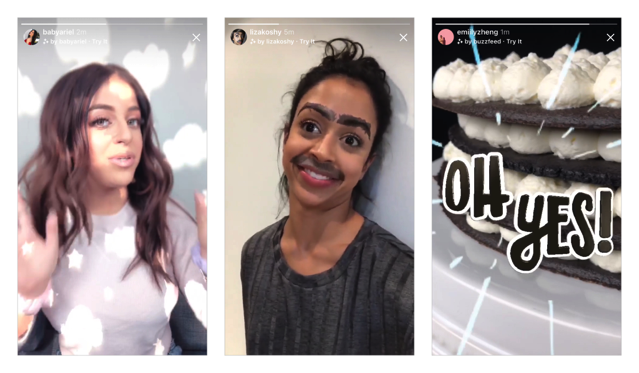 During a video chat, users can minimize the video and multitask on Instagram, such as send messages and photos in Direct, browse their feed or even post a story. The feature is also perfect for group video chats, allowing up to four people at one time. The video automatically expands as more friends join.

“You can video chat with anyone you have an active Direct thread with. If you block a person, they will no longer be able to video chat you. You can also mute a person if you don’t want to receive notifications from them.

If there’s an active video chat in a group thread, the camera icon will turn blue. Simply tap the camera to join in the fun. You can video chat with your friends for as long as you’d like. When you’re ready to leave the video chat, tap the red phone icon at the bottom.”

The update also brings new topic channels in Explore, making it easy for users to discover their interests on Instagram. A bunch of new camera effects designed by Ariana Grande, Buzzfeed, Liza Koshy, Baby Ariel and NBA have also been added to the Instagram camera.

To learn more about the new features, hit up the Instagram help center.