Instagram Videos Will Soon Show View Counts Instead of Likes

Instagram has announced videos will soon display view counts “in the coming weeks”:

In the coming weeks, we’re rolling out video views on Instagram. As a widely expected industry metric for video, we believe video views are the best measure of viewer intent. And we often hear from our community they’d like to better understand how people are engaging with their videos. 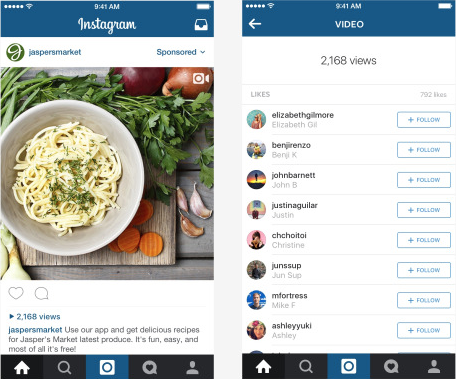 As you can see in the image above, view counts for videos now replace likes. When users tap ‘views’, they’ll be able to see who liked their video.

The move looks to help advertisers measure how effective their campaigns are, while the social network says “Adding view counts is the first of many ways you’ll see video on Instagram get better this year.” The move may also encourage users to share more videos, with hopes they go viral.

As of last month, Instagram has 400 million monthly active users, who are now able to manage multiple accounts within the app.