On Monday, Instagram released a new iOS app called Layout, which allows users to choose various layout options so they can upload more than one image in a single post.

Cult of Mac spoke to independent developer Mike Swanson, who also has an app called “Layout” on the App Store, about his thoughts on the company using the same app name for their photo collage app. Swanson told Cult of Mac:

“I was very surprised. If this had been accidental, or if they had at least reached out to me at some point, this would be a different story.”

Swanson works for a software development company called Juicy Buts and their iPhone app titled Layout has been on sale in the App Store for years. The app was even included on the “Best Of” list in 2012. 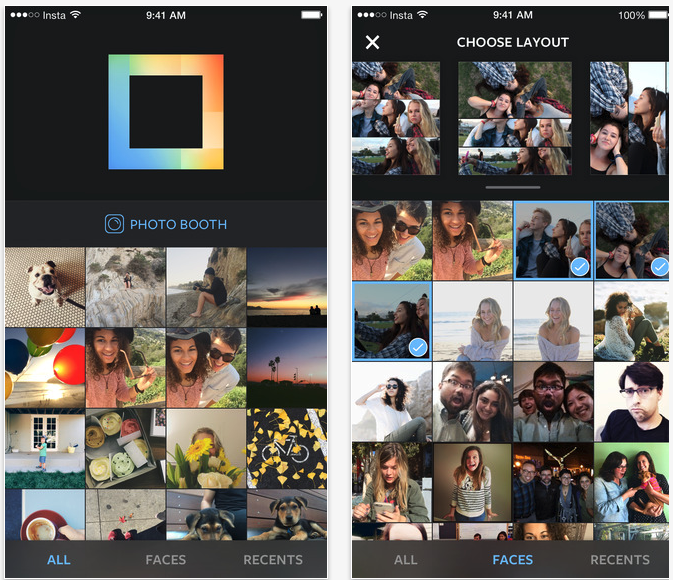 The only difference between the two applications is the “from Instagram” tag attached to Instagram’s new app. However, this clarification is hardly enough to differentiate the two apps and Swanson’s app will probably never regain its coveted first result placement in App Store searches. In a blog post, Swanson wrote:

“Is it just me, or does it seem insincere for Instagram to release a similar app with the exact same name only differentiated by the inclusion of their company name? Do you think they’d be OK with me releasing an app called ‘Instagram from Juicy Bits?’ Neither do I.”

If you search for “Layout” in the App Store, Instagram’s app has already taken the first place result and Swanson’s app has been moved to second. In an email, Swanson explained:

“I’m an indie developer without the resources to fight. So, I’m trying to spread the word, so it doesn’t just pass silently, as it potentially affects other people like me in the future. It’s certainly not the right thing for them to do, and sadly, they know it. Is it OK to have ‘Layout from ____’ x 100? Of course not.”

Swanson has confirmed that he was never contacted by Instagram about using the name Layout for their app. Instagram has declined to comment on this story.

The Facebook-owned company’s new iOS app, Layout for Instagram, that allows users to create photo collages is available as a free download from the App Store.