Instanews App for iPhone and iPad Launched in Canada

Popular crowdsourced local news iOS app “instanews” by InstaNews is now available in Canada. The app came out of private beta earlier this week and has already been downloaded over 200 times in Canada, making the news app rank in the Top 20 free news apps on the Canadian App Store. For those who aren’t aware, the app lets you instantly share local news photos and videos with your community, and easily discover what’s happening near you in real time. 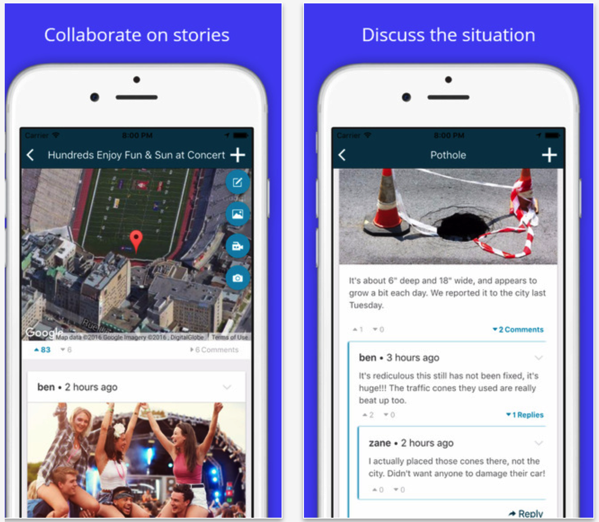 InstaNews co-founder & CEO Ben Clarke has told us that the app is currently most popular in Toronto, Ottawa, Montreal, and the Maritimes, though the Canadians are sharing news from almost every major city.

When asked about how the app deals with ‘fake’ news, Clarke explained that instanews allows users to upvote or downvote all content and thus determine it’s significance. “We also have a proprietary verification system built into our algorithm”, he added, while continuing that stories get primarily viewed by nearby people “who are much tougher to ‘trick’ than users unfamiliar with the local area and happenings”.

“If your car gets broken into, how do you warn your neighbours or ask if they saw anything suspicious? That’s the problem we’re focused on fixing, and so far the feedback we’re receiving has been tremendously positive. We’ve had people cover local sports, protests, charity fundraisers, all kinds of local events that were otherwise not being covered or discussed online. Just yesterday we had a person running for city council in Fredericton, NB come on our app to pitch their community on why they are the best candidate for the neighbourhood.”

To grab the universal free app, hit up the following App Store link: