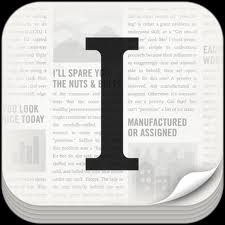 Marco Arment creator of the popular app Instapaper discovered an interesting flaw on the App Store. In a blog post yesterday, Arment noticed a flurry of emails and twitter messages moments after the newest version of his app appeared on the App Store. The complaints were all for the same thing. His app would crash immediately on launch, even after a fresh install.

Arment knew something wasn’t right so he began to do his own troubleshooting. He was unable to reproduce the problem and finally as a last resort downloaded the app directly from the App Store. The downloaded app was crashing just like it was for his users. Arment concluded the App Store version of his app was corrupt.

Arment noted that this same problem is happening to other apps and not just his. On his blog he outlined the characterizations of this issue:

•The app crashes immediately on launch, every time, even after a delete and reinstall as long as the corrupt file is being served by the App Store.

•It doesn’t even show the Default.png before crashing. Just a split-second of a partial fade to black, then back to Springboard.

•It may only affect customers in some regions.

•If updating from iTunes, some customers might get a dialog citing error 8324 or 8326.

“[App] is damaged and can’t be opened. Delete [App] and download it again from the App Store.”

Arment was able to work with the App Store to get the issue solved in about 2 hours. In his blog, Arment goes on to say: “If you’re a developer, and you have a non-critical update pending release, I suggest waiting a few days for this to presumably get sorted out before releasing it.”

Arment also has published a list of apps that are affected by the same problem. You can find his post here.

Update 1: Apple has responded to developers via email over this issue, according to TechCrunch:

“We are aware of the issue related to apps crashing after update. We are currently working on resolving the issue. Stay tuned for updates.”

Update 2: Apple has resolved the app crashing issue, as noted in a statement to AllThingsD:

“We had a temporary issue that began yesterday with a server that generated DRM code for some apps being downloaded,” Apple said in a statement to AllThingsD. Apple said it affected only a small number of users.

“The issue has been rectified and we don’t expect it to occur again,” Apple said. Those who have an affected app can re-download it from the App Store.