According to report by BGR, their hands on analysis of an internal iOS build obtained from a carrier has revealed evidence of 4G LTE iPhones being tested. Deep within shows a properly list (.plist) file showing LTE:

BGR has obtained evidence of an internal iOS test build from one of Appleâ€™s major carrier partners, and buried in the firmware is a property list (.plist file) for LTE. This doesnâ€™t necessarily mean every Apple device thatâ€™s about to be released will feature an embedded 4G LTE modem, but it certainly means Apple isnâ€™t sitting on the sidelines as 4G LTE networks continue to roll out around the world.

There were earlier rumours of an LTE-enabled ‘iPhone 4S’, but it was unlikely to launch this year. The fact that LTE networks are barely being deploy around the world (Rogers has a LTE network up in Ottawa and Bell has stated theirs is coming), it wouldn’t make sense for a 4G iPhone to come now, but testing would make sense for a future LTE-ready iPhone. As for the usability of LTE? Battery technology becomes a concern as it tries to keep up with LTE’s insatiable thirst for power, as seen on 4G Android devices. 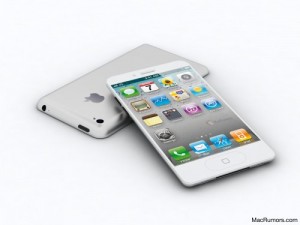