In case you missed yesterday’s iPhone keynote, below are all the videos shown on-stage at Apple’s event, which debuted the iPhone 8, iPhone 8 Plus, iPhone X, Apple Watch Series 3 and Apple TV 4K. 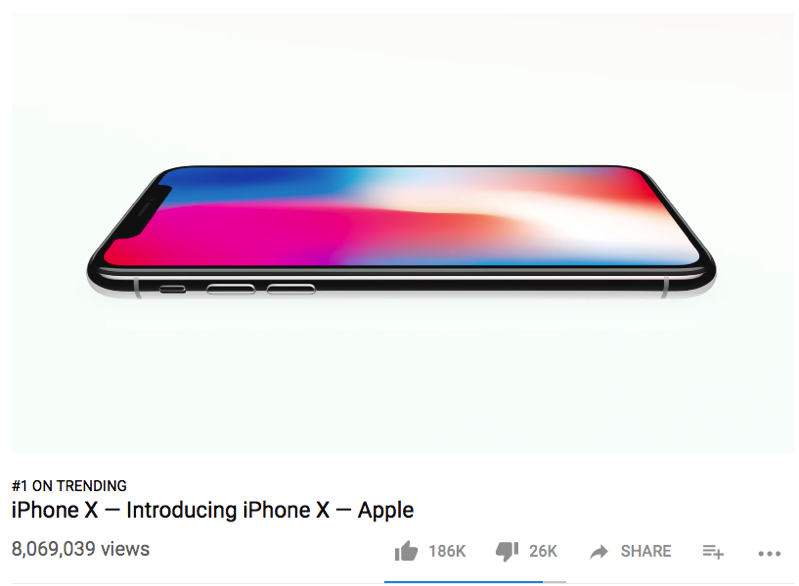 The video below are shown in the order they appeared in the keynote. In one day, Apple’s video titled “Introducing iPhone X” is now #1 trending on YouTube, with just over 8 million views, suggesting everyone worldwide is interested in the latest iPhone.

iPhone 8 and iPhone 8 Plus in 8 seconds

iPhone 8 and iPhone 8 Plus — Unveiled