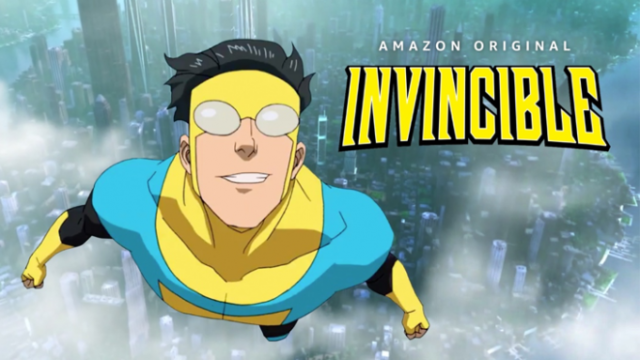 The first three episodes of ‘Invincible’ are now available to stream on Amazon Prime Video in Canada.

The show based on the critically acclaimed graphic novel series from Robert Kirkman has begun its eight-episode run by releasing the first three episodes on Amazon Prime Video. Invincible tells the story of young Mark Grayson, a teenager who begins developing superpowers at the age of seventeen. Mark is then taught the lessons of being a hero by his superpowered father and icon Omni Man.

The show is heavily based on the work of The Walking Dead’s Robert Kirkman. Under the graphic novel series of the same name, which Image began publishing in 2003, Invincible seeks to adapt major plotlines while also replicating the series’ unique artwork.

The debut of Invincible lands after Amazon Prime Video had seen uproarious success from The Boys, another graphic novel adaption developed for the streaming service.

In 2019, the first season of The Boys debuted and Amazon saw an average viewership of 4.1 million during the first 10 days. During the show’s second season, reports indicated that the total viewership nearly doubled. Amazon appears to be bolstering its comic-centric content with Invincible.

With the first three episodes now available to stream on Amazon Prime Video, Invincible will continue on a week-to-week basis each Friday with the first season concluding on April 30, 2021.