Apple has just pushed out iOS 10.0.2 for download, which includes the following fixes: 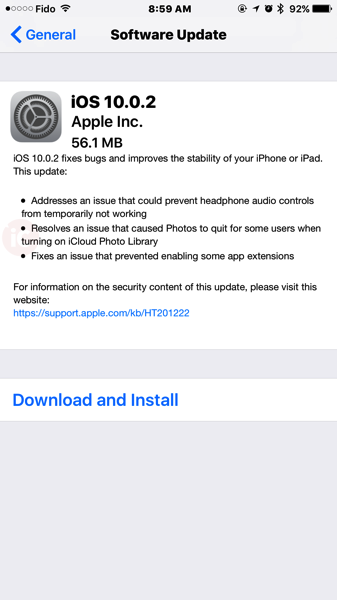 The update is available over-the-air and comes in at 56.1MB for the iPhone 6s Plus.

Earlier this week, Apple released iOS 10.1 for developers and public beta testers, which included the new Portrait mode for the iPhone 7 Plus camera.

Update: Looks like Apple’s over-the-air update bug is still kicking around for some users, as iPhone in Canada reader @PhilippeODupois let us know his iPhone 5s, after updating, got stuck on the ‘plug into iTunes’ screen.

Our iPhone 6s Plus is installing the update OTA right now, and we’ll keep you updated if we encounter that bug again.

Apple is currently on track to double iPhone exports from India by March 2023. This pace was first kickstarted in April and is continuing as India proves to be a major asset in Apple's diversification of its supply chain. In the five-month span since April, Apple has gone on to cross the $1 billion mark...
Steve Vegvari
9 seconds ago