iOS 10 Magnifier Turns Your iPhone’s Camera into a Magni

There is a new accessibility feature in iOS 10 called Magnifier that lets users use the Camera as a magnifying glass with a custom UI. 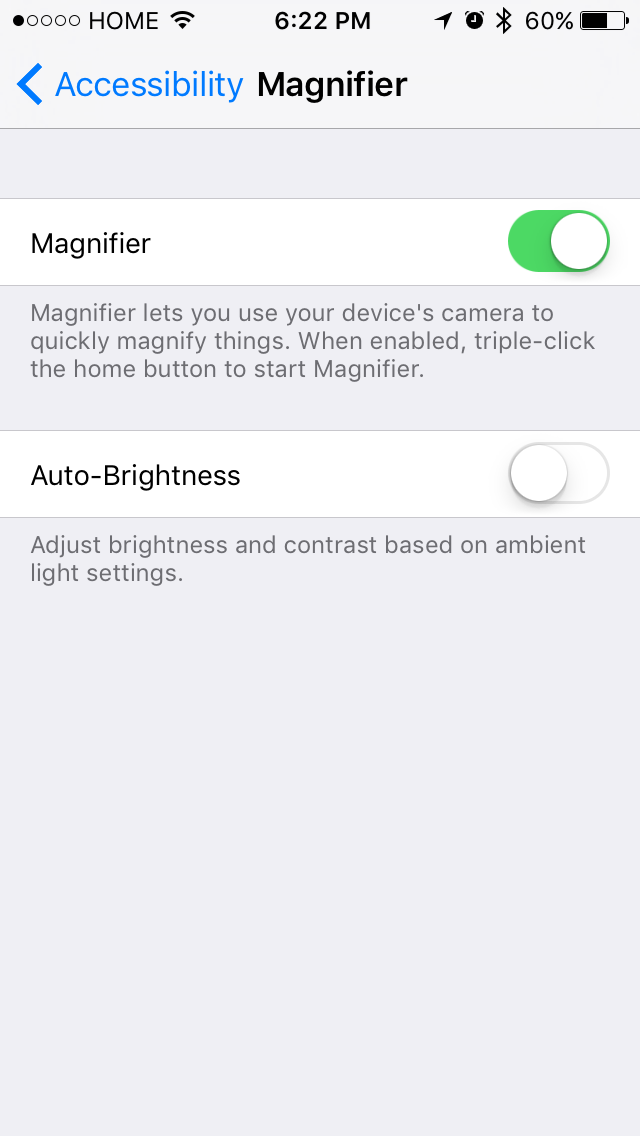 The magnifier UI gives you access to the camera flash so it can be used in low-light conditions. The new feature also allows users to lock focus and grab a freeze frame. Users can also adjust the colour settings to increase contrast and brightness for easier viewing.

In order to enable Magnifier on iOS 10, go to Settings > General > Accessibility > Magnifier. You can then activate the feature with a triple tap of the home button.