Apple updated their developer page to note 65% of devices are now running iOS 11, with 28% on iOS 10 and 7% of devices running an older version of iOS. 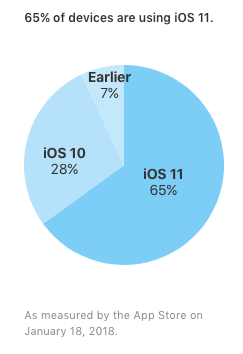 The numbers are based on App Store data measured on January 18, 2018. 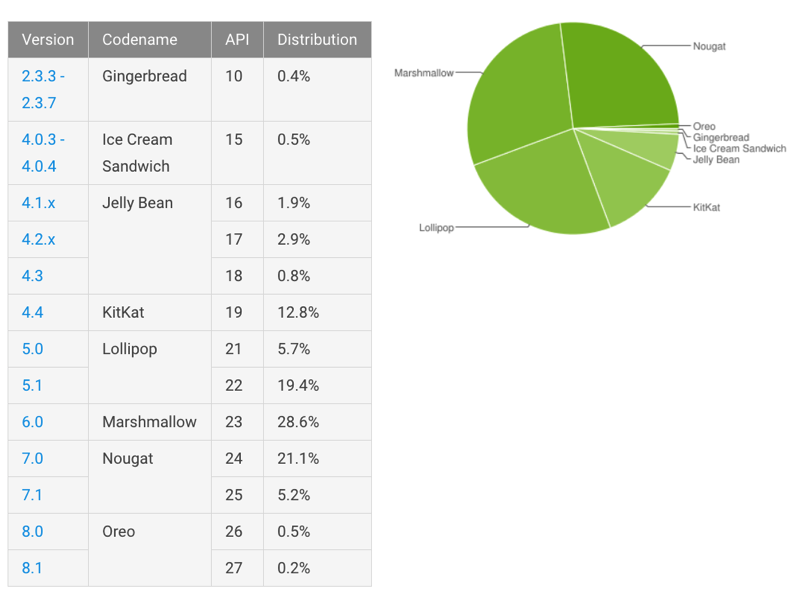 The iOS versus Android charts explain it all, when it comes to software updates. With iOS, you get them directly from Apple, without delay. But for Android, carriers control updates as they need to test them with all devices, and at times also add on bloatware.