With Apple set to kick off their September iPhone event next week, the company has released new data regarding iOS 11 adoption rates, which have now reached 85% of iOS devices. 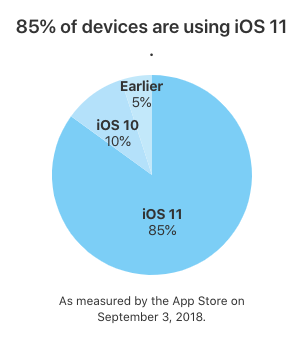 Apple says “85% of devices are using iOS 11”, according to App Store data as of September 3, 2018. There are still 10% of devices on iOS 10 and 5% on an earlier version, with the latter two versions probably due to older devices not compatible with iOS 11, or owners refusing to update.

The iPhone maker likes to tout its high adoption rates of the latest versions of iOS, as a selling feature to convince developers to create apps for the company’s platform first, given the high number of users available.

With Android updates, unless you’re using a device from Google, most users are at the mercy of their carriers to wait for the latest updates. Savvy users can try updating manually to the latest version of Android (if their device supports it) by “rooting”, but for the majority of the public, they tend to wait for carrier updates. 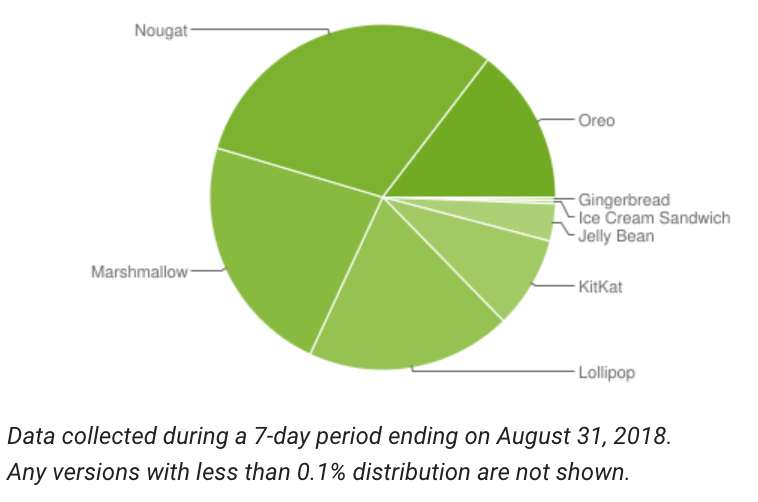 Apple is expected to release iOS 12 for the public shortly after their upcoming September 12th special event.