Apple has released iOS 11 beta 10 to developers, marking the first time an iOS beta has reached a tenth version: 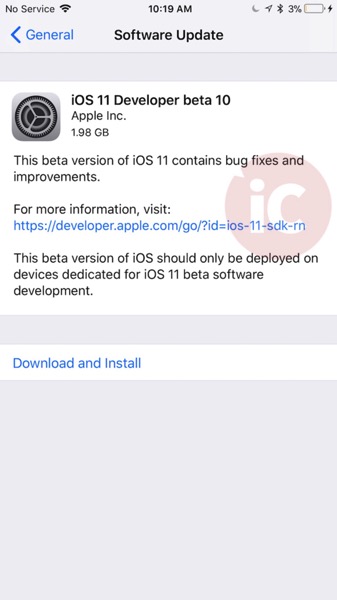 The release comes six days after Apple released iOS 11 beta 9, along with tvOS 11. This latest release should include under-the-hood fixes and improvements, as we head into next week’s highly anticipated ‘iPhone 8’ special event on September 12, set to take place at the Steve Jobs Theater at Apple Park for the first time.