As pointed out by French website Watch Generation (via MacRumors), Apple’s new iOS 11 brings a new share sheet option within Photos on iPhone, that lets you quickly create a custom Face for your Apple Watch. Although the current iOS version allows users to choose a photo watch face to add to their Apple Watch, but the only way to change the picture is to customize the face on the Apple Watch and swipe left and right through photos in a synced album. 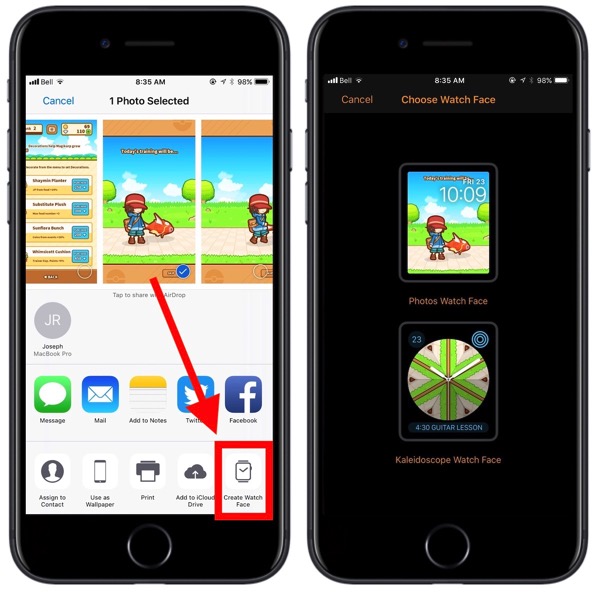 In iOS 11, when you select a photo on your iPhone and select the share button, you are presented with a new “Create Watch Face” option. Here you can choose which type of face you want, such as a typical photo face where the image is presented as normal, or you can turn the image into one of Apple Watch’s new kaleidoscope faces. 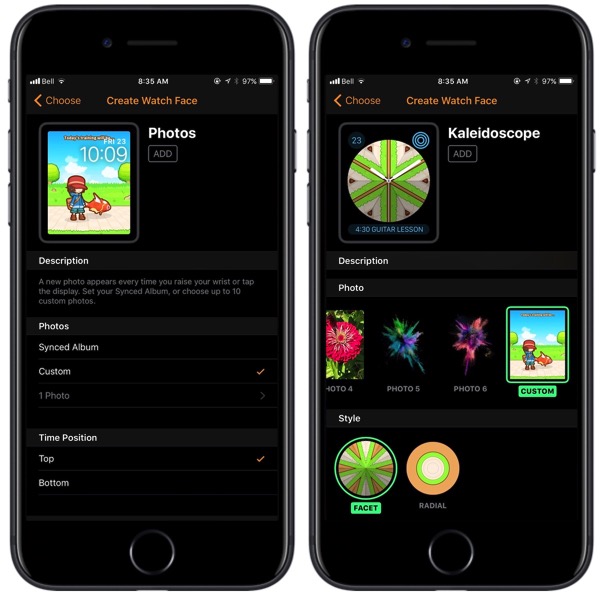 For the kaleidoscope watch face, Apple also seems to have provided multiple pre-set images to quickly choose from (shown above).

“For the Photos face, users can now also select 10 custom images directly within the Watch app to add into the photo rotation of the watch face. This should make creating a custom Photos watch face much easier than the current method in iOS 10, where users either have to choose from one of the pre-set albums in iOS, or go into the Photos app to build a custom one with the images they want to see on their Apple Watch face.

There are also custom styles of kaleidoscope to choose from, including one that distorts images with triangular geometry (“Facet”) and one with softer circles (“Radial”).”

A developer beta of iOS 11 is already available for download, while a public beta will be available to iOS users later this month.