Google Drive was recently updated for iOS 11, to now allow your files to be accessed in the iOS 11 Files app.

The Files app in iOS 11 not only stores all your documents in one repository, but will also let you view documents from other services such as Dropbox and now Google Drive. 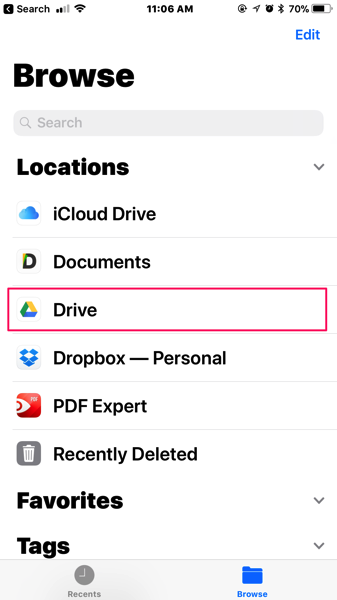 The documents view of Google Drive files within Files should include an option for a list view, to make viewing file names easier. For now, attempting to open a Google Drive document in the Files app will launch the former, then jump to the appropriate Google app, such as Sheets or Docs.